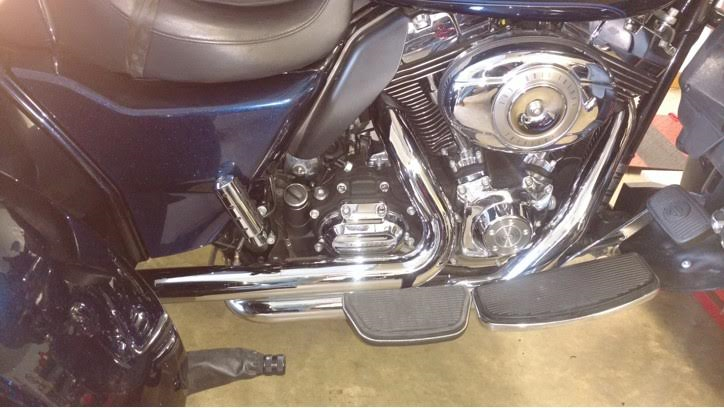 Hey Tri Glide riders, here is a DIY project that will make getting on and off your HD Tri Glide so easy.

So having recently purchased a 2012 Tri Glide for my wife, it became painfully apparent to me that getting on/off was going to be a pain in the a— for pretty much anyone The problem is the rider floor boards are too far forward to easily use them to get on/off, and standing flat footed means you have to be able to get your foot across the seat which presents some problems for many riders, so that meant the passenger floor boards would be the only alternative, but they are set back so if you had a passenger already on the bike that wouldn’t work very well. My wife has hip problems from a bad motorcycle accident in 1998 and I knew this was going to be an issue. So I spent some time on line and after seeing an ad on a web site called trike talk I saw an ad for something called “Trike Mid Step”. I went to their web site and watched the video then called the company to get some more information and then promptly placed an order. Now my wife doesn’t often have a passenger so she didn’t really need the passenger floor boards so I bought the new mini floor board brackets that HD sells, (part nr.50500403) (they say they don’t fit on the tri glide, WRONG, they work perfectly for this installation). I used an old pair of highway pegs to replace the passenger boards (you can see them on one of the pictures). Now I was able to just order the mid step bracket without their floorboards since the stock HD passenger floor boards attach perfectly and I saved a couple hundred bucks. This whole project took less than an hour and the mid step boards work great. They are VERY well made, powder coated and easy to install.

Go to www.trikemidstep.com for all the information on this product, they are very well built, easy to install, and work great.
JW 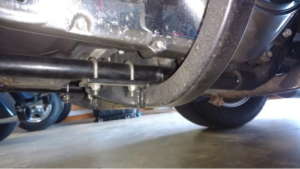 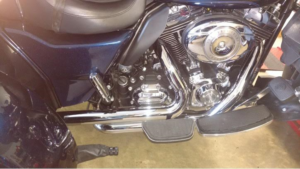 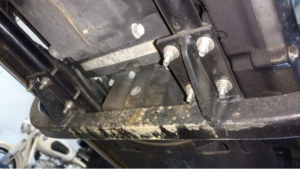